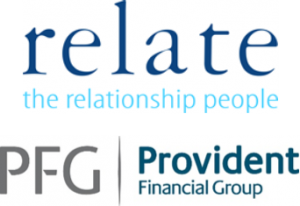 One in seven (14%) GB adults in debt has hidden debt from a partner, and half of these (7%) are currently doing so, according to a new report published today by leading relationship support charity, Relate. Feeling ashamed about debt is the number one reason why people hide it from their partner, with over half (51%) giving this reason. This was followed by being scared of their partner’s reaction (46%) and feeling they had different approaches to money (34%).

The report found that 16% of adults in Britain are currently in so-called problem debt*, that’s 8.3 million people. Of these:

Amid rising levels of household debt, falling real wages, and the recent interest rate hike, the charity is warning that debt and money worries are likely to place increased pressure on the nation’s relationships for the foreseeable future.  Relate is therefore calling for government to fund free relationship counselling for families in problem debt who are experiencing relationship issues.  Relate’s call on the government is backed up by the fact that almost half (46%) of people in problem debt said support with talking to people about finances would benefit their relationship with their partner.

The report also highlights ways in which separate financial and relationship support services may work together more closely to help families experiencing problems with debt and relationships.

Chris Sherwood, Chief Executive at Relate said: “Debt is a distressing thing for anyone to go through and your relationship can play an important part in how you deal with it.  Talking about debt can be difficult, especially if you feel ashamed or have different approaches to money, but keeping things under wraps can be problematic for the relationship and make the debt harder to manage.

“With 8.3 million UK adults currently in problem debt and so many reporting a negative impact on their relationship, there’s a clear need for support.  The reality is that families in problem debt can’t afford counselling, which is why we’re calling on the government to fund free relationship support for them. Our report also highlights strong support on both sides for debt advisors and relationship counsellors to explore more joined-up ways of working.”

“As this important report from Relate states, “Debt problems can be both a cause and a consequence of damaging relationship issues.” I know, from my work as a constituency MP how damaging persistent and unmanageable debt can be to family relationships and mental health.  Early delivery on the Government’s welcome announcement about a debt breathing space is also important. This report will be extremely helpful as the Treasury Select Committee examines household finances in the weeks ahead.”

Manjit Wolstenholme,  Executive Chairman of Provident Financial Group, said: “This insightful research from Relate brings new understanding of how individuals experience both relationship and financial difficulties. The report forms part of Provident Financial’s ongoing commitment to identifying and sharing knowledge of what contributes to customer decision making. We hope the report marks a first step towards creating a joined-up approach to financial and relationship advice. We aim to draw on the report’s findings to broaden the skill set of customer-facing staff in  Provident Financial’s businesses.  We also hope it prompts a wider reflection on how business, the advice sector and Government can better support the many individuals and households who experience relationship and money challenges.”

Nicky**, 49, from Gloucester, and her husband got into debt when remortgaging to pay off credit cards and personal loans. Nicky said:

“Bringing up our three children was expensive and it was ridiculously easy to get into debt. We found it easier to ignore the debts and carry on spending than confront each other about it. When we eventually did start trying to talk about it we’d approach it in the wrong way which meant we’d argue and, ironically, go out and spend more money. We are paying off the debt now but we had a lot of slip ups and it could have destroyed our marriage.  Free support around how to talk about the money without blame would have really helped.”

Relate also spoke to hundreds of debt advice and relationship support professionals and their clients as part of the research.  The charity found that: