A major Independent Review of the Funding of Debt Advice, led by Peter Wyman, was published on 25 January 2018. In the three months following, almost 30 organisations have formally responded to the Review. The Debt Advice Steering Group (DASG) has now considered those responses in detail and agreed to back the direction of travel […]

Following a high profile campaign by the Money and Mental Health Policy Institute, the Government has announced that their new ‘breathing space’ debt respite scheme will be extended to cover people receiving NHS mental health crisis services. The campaign victory comes after the charity, established by Martin Lewis, revealed that 23,000 people in England were […] 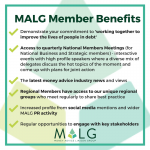 Welcome members! I hope this blog finds you all well after the rather unpredictable weather we’ve had of late, it finally looks as though spring is on its way- long overdue! I’m pleased to tell you that the next National Members Meeting will be held at Dentons LLP Boardroom offices in London One Fleet Place, […]

Bailiffs who aggressively pursue debts will come under fresh scrutiny through plans announced by ministers to tackle intimidating and inappropriate behaviour. The Government is to launch a call for evidence following concerns that a minority of bailiffs are still acting aggressively when collecting money from debtors – particularly from vulnerable people. The call for evidence, which […]