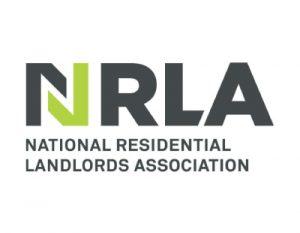 An independent survey of 2,000 private sector tenants across England Wales conducted on behalf of the National Residential Landlords Association (NRLA) by Dynata has revealed that 90% have paid their rent as usual since the coronavirus crisis began.

84% of respondents surveyed between 20 and 25 May 2020 had not needed to ask their landlord for any support. Of those that did ask, three quarters received a positive response.

According to the NRLA, this shows that concerns over a spike in evictions once the current evictions ban is lifted, are unfounded.

Ahead of the moratorium being lifted on repossession cases, the NRLA is working with the Government to develop a pre-action protocol (PAP) for the private rented sector. This would ensure that landlords and tenants have done everything possible to reach an agreement on rent arrears before any repossession can take place.

When hearings do resume, the NRLA is calling for priority to be given to cases involving debt built prior to the lockdown, where tenants are engaged in anti-social behaviour or who might be committing domestic abuse.

Commenting on the results, Ben Beadle, the Chief Executive of the NRLA (who fielded questions at this morning’s MALG Members Friday Forum) said:

“This survey reflects what we know from our members, which is that nearly all are seeking to support tenants to stay in their homes.

“Given that some 30% of landlords have reported facing some level of financial hardship, they will do all they can to sustain tenancies.

“We understand the concerns of tenants who have built up rent arrears as a result of losing income, but even where a landlord seeks to repossesses a property, our legal advice is that a pre-action protocol would provide protection from any landlord seeking to circumvent it and allow Judges to adjourn cases where it has not been followed.

“To argue that there will be a substantial spike in evictions is scaremongering.”

Although the NRLA has welcomed support for the sector from the Government it says further help should be given to ensure tenants have the cash they need to pay their rent. This includes further extending the Local Housing Allowance so that it fully covers rents; ending the five week wait for the first payment of Universal Credit or converting the existing advance to a grant; and enabling the housing element of Universal Credit to be paid directly to the landlord giving tenants certainty about rent payments.

The association is also asking the Government to look at a hardship loan scheme for tenants where existing housing support payments are insufficient to meet their costs during the crisis, but who expect their finances to recover in the short to medium term.

On 21 May 2020, the NRLA also published research which showed that private landlords are willing to take a temporary hit to rental income to support tenants struggling as a result of coronavirus. Read more here.