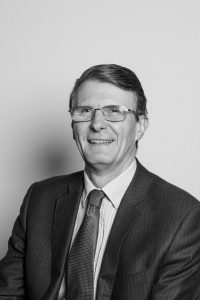 “Robert has had a 40 year career in financial services, the majority of which has been dedicated to raising standards and improving the help available to those in financial difficulty.

“For 10 years, he was Chief Executive of the Lending Standards Board where he led the industry’s work on promoting fairer lending to consumers through the Standards of Lending Practice.  Thirty three lenders have signed-up to the Standards, who together provide the majority of consumer credit lending in the UK.

“As well as a commitment to setting best practice standards across the lending industry, he has played a major role in ensuring those with repayment difficulties get the help and advice they need.  He sits on the Boards of leading debt and money advice organisations, including the Money Advice Service and the Money Advice Liaison Group and was previously Chief Executive of the Money Advice Trust.

“He is described as: ‘a man of integrity’, ‘a great listener, who has forged closer links between the lending and debt advice sectors’, and ‘a true professional with a real commitment to improving consumer protection’.”