The TUC has published new analysis of household debt today, which finds that unsecured debt per household will reach a record high of £13,900 this year. TUC General Secretary Frances O’Grady said: “The surge in household debt is putting the economy in the danger zone. We’ve got this problem because wages haven’t recovered. Credit cards […] 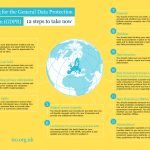 The Information Commissioner’s Office (ICO) is using the hashtag #gdpr1yeartogo to urge firms to start preparing now for the new EU General Data Protection Regulation (GDPR), which will come into force one year from today. The new data protection regulation will have a big impact on the money advice and related sectors with a raft […]

MALG member the Debt Managers Standards Association (DEMSA) is holding its annual conference on Wednesday 7 June 2017 at Lancashire County Cricket Club’s Emirates Old Trafford Stadium in Manchester. The full agenda for the day has now been announced and includes a breakout session delivered by MALG’s Executive Officer Bob Winnington. Bob will be speaking […] 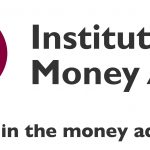 The Institute of Money Advisers (IMA) announced the winners of its prestigious Money Advice Awards at a ceremony held during its annual conference in Bristol on 15 and 16 May 2017. The awards, which have been running since 2009, recognise excellence and best practice in the free-to-client money advice sector. This year’s winners included: Best […]

MALG member Christian’s Against Poverty (CAP) has published a briefing summarising new findings on digital inclusion entitled: ‘Offline and shut out: Digital exclusion in an increasingly digital landscape.’ The survey of 1,210 CAP clients exposes the extent to which financial and digital exclusion are intertwined, including the fact that those with a physical disability, mental ill […]